You are here:
16th May 2019Latest News & Updates From Our Recommended Partners, Read Online 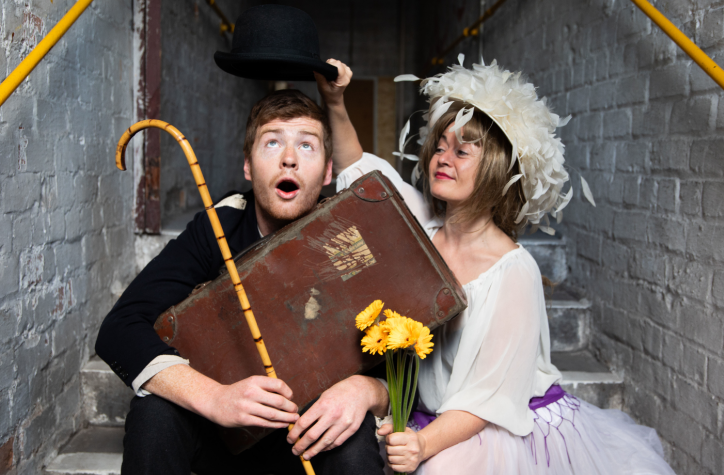 Exciting productions set to take place over the course of the next six months.

“We’re packing so many hit shows in to the next six months, from world premieres to little gems of plays, comedy, music and opera – let us entertain you” says Julie Kelleher, Artistic Director of Cork’s Everyman Theatre at the announcement of the theatre’s programme for the next months.

Rehearsals are underway for the World Premiere of Evening Train, the stunning new musical based on the songs and story of Mick Flannery’s much loved album of the same name. It will open, as part of the Cork Midsummer Festival on June 14th and continue until June 23rd directed by Annabelle Comyn and adapted by Flannery himself with Ursula Rani Sarma.

The Everyman’s Summer offering this year in a new production of Neil Simon’s The Odd Couple, directed by Conor Hanratty. This is the female version of this wonderful comedy and will be the feelgood show of the Summer.

Early Autumn will bring another World Premiere, the second instalment of Gare St Lazare’s latest Beckett adaptation: How It Is: Part Two. Part One attracted rave reviews and Part Two has stunning production design, live music, and impeccable performances from actors at the top of their game.

Executive Director of the theatre, Seán Kelly said that he’s “looking forward to a fantastically busy Summer, yet again bringing quality to the stage of the Everyman.”

The Everyman is also proud to announce that audiences will be able to avail of the first opportunity to see The Alternative, Fishamble’s A Play for Ireland before it embarks on a National Tour. Asking for It, returns for a limited run in September. A powerful play, adapted from the book of the same name by acclaimed writer, Louise O’Neill, it had sell out runs in Cork and Dublin in 2018 and generated phenomenal critical and audience reaction.

In between all of this, there’s a diverse and tantalising programme: more modern Irish Classics from Livin’ Dred and Decadent later this month with Mark Doherty’s Trad and Abbie Spallen’s Pumpgirl. Camille O’Sullivan will be back in her native city with The Rape of Lucrece, and Cobh native, Pat Kinevane, always a welcome visitor to the Everyman Stage with his play Before and the return of Paul Muldoon’s Muldoon’s Picnic.

For comedy fans there are plenty of top drawer acts to choose from including Andrew Ryan, Reginald D Hunter and the return of Waterford Whispers Live and Tommy Marron’s Three Hail Marys.

The Music Programme covers a huge range of styles and tastes including a celebration of Vera Lynn later this month, Karen Underwood with her Aretha Franklin Songbook, Irish folk rock star, Wallis Bird, and many more.

Seán Kelly, said that he is delighted that audience numbers continue to grow at The Everyman which is testament to the innovative and exciting programme, “there is a vast array of offerings, appealing to people of all ages and interests” he said.

Any cookies that may not be particularly necessary for the website to function and is used specifically to collect user personal data via analytics, ads, other embedded contents are termed as non-necessary cookies. It is mandatory to procure user consent prior to running these cookies on your website.